Friday 16th March was the date for the culmination of a term’s work in Science involving year 5s from BLC Primary Schools and year 9s from St Gabriel’s College as students presented their experiments at the BLC Science Fair. The event was put together and hosted by one of our secondary schools, St Gabriel’s College and it was dedicated to the life and work of Professor Stephen Hawking who died this week, which is also British Science Week. Students from St Gabriel’s spoke about Professor Hawking and his huge contribution to Science. The children from our primaries had planned a wide range of experiments, based on investigative questions, including: Which fruit has the most electronic resistance? Do drinks have the same acidity, Does the type of soil effect plant growth? The entries were judged by 2 Kings College University students who are part of the Kings Scholars programme in partnership with St Gabriel’s. All the children produced fantastic work, and the winning team came from Archbishop Sumner Primary for their work on ‘Do Metals burn different colours?’. It was great to see so many parents and teachers attend the event and congratulations to all involved, with special thanks to St Gabriel’s Science Department. 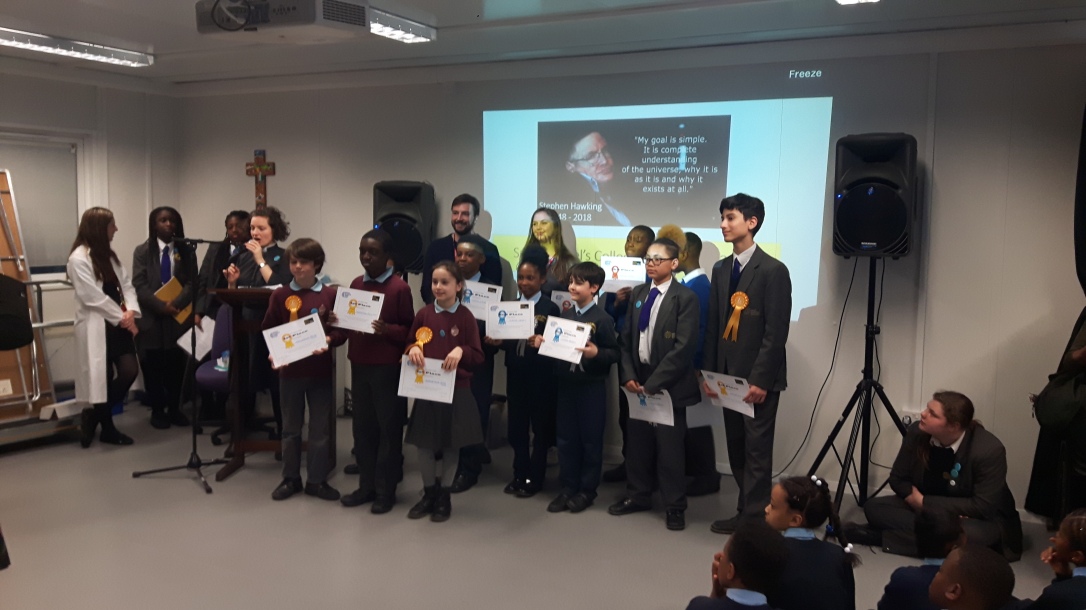